And Straight On Till Morning 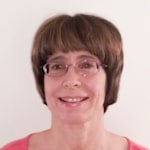 The stories that we tell our children from their earliest days determine the course of their lives.  So it has always been with humankind, ever since bright-eyed children gathered in the firelight to hear the hunters’ tales of the grand sagas painted on the cave walls, dreaming of greater adventures yet to come.

I grew up with parents who believed strongly in the power of stories to shape impressionable little minds.  They had only one TV, which they kept in their bedroom, and they usually left it turned off so that I wouldn’t see disturbing images such as crime reports or Vietnam War body counts.  They were careful about what they said in front of me.  I developed a worldview based largely on the children’s classics.  The stories of Peter Pan and Heidi were my particular favorites around the time I started kindergarten.

That had its drawbacks, however, as my parents and teachers discovered.  Wholesome as those stories might have been, they didn’t say much about going to school.  Heidi spent her days running around with the goats in her little Alpine village, raised by a grandfather who didn’t see the use of education.  The March sisters of Little Women didn’t go to school, except for the youngest sister Amy, who quit going after the teacher whacked her hand for hiding limes in her desk.  And of course, Peter Pan lived in Neverland—second star to the right, and straight on till morning—where he spent all his days adventuring and never had to grow up.

So there was a considerable gap in my defining set of cultural narratives, which the adults in my life couldn’t quite fathom how to remedy.  I told my kindergarten teacher that I was Peter Pan and she must call me Peter, or I wouldn’t answer.  When the class drew pictures, mine were full of crocodiles and fairies, even if they were supposed to be about something else.  If the end-of-recess bell rang when I hadn’t yet finished some imagined epic quest, I saw no reason why it should matter if I stayed outside rather than going back into the classroom.  I climbed trees to get out of the teachers’ reach if I didn’t feel like doing what they said.

At some point I was taken to be evaluated by child psychiatrists.  This was handled in such a matter-of-fact way that I didn’t think any more of it than other kinds of doctors’ appointments.  The word “autism” was never mentioned in front of me; it wasn’t until many years later that I came across it by chance in an old document, while looking for something else.  All I knew at the time of the evaluation was that my brain waves had been measured and, in part, found to be consistent with dreaming while I was awake.  I liked the sound of that, although I didn’t know why anyone would consider it significant.  From my point of view, it was perfectly natural that the world should be made of dreams.

In those days an autism diagnosis wasn’t any help in getting school services because the schools didn’t yet have a mandate to provide special education.  They could, and often did, expel young children for autistic behavior or anything else out of the ordinary.  The school where I went to kindergarten made it clear to my parents that I wouldn’t be welcome to return the following year.  As with everything else, I wasn’t told about it at the time.

My parents enrolled me in another elementary school within walking distance.  That turned out to be less convenient than they expected, however, because it was all too easy for me to walk home when I got bored.  Of course, I was told many times that I had to stay for the entire school day; but I didn’t pay much attention to that demand, which struck me as unreasonable when compared to the adventurous days of the children in the stories.  After that, my parents tried another school far enough away so that walking home was out of the question.  Unfortunately, its courtyard had a large and very inviting tree, which the students were strictly forbidden to climb.  I didn’t last long there either.

During this year I had a live-in babysitter, Marilyn, whose main task was to prevent me from wandering off and playing in traffic.  Sometimes she told me creepy ghost stories when my mother wasn’t around to disapprove.  Marilyn lived in a small apartment on top of our detached garage, which I thought was proper because in so many books, the governess lived in the garret.  I believed that we were poor, just as in Louisa May Alcott’s description of the March family, because we had only one servant; also, I wore a cousin’s hand-me-down dresses.  I didn’t worry about it because, as the stories earnestly admonished, one mustn’t fret about not having new modish frocks when others less fortunate are begging for their dinner.

My mother, surely at wit’s end about what to do with a child who had acquired the sensibilities of a nineteenth-century aristocrat, at last hit on the idea of bringing me into modern times by way of Nancy Drew.  Those books didn’t do much to improve my school behavior, though, besides keeping me quiet when I read them at my desk instead of paying attention to the teacher.  The pre-feminist Nancy was not in college and had no future plans beyond a vague notion of marrying her boyfriend when he got his degree.  She spent all her time solving mysteries with her equally footloose “chums.”  After a while, my mother managed to find a more accommodating school where she could park me, as she later described it.  But ultimately, not much was done beyond waiting until I met the inevitable fate of Wendy Darling and other heroines of children’s literature tragically cast out of fairyland—in other words, I grew up.

Today we live in a society that has become more understanding and accepting toward children with developmental disabilities.  Most of the institutions have been or soon will be closed, bringing a deplorable chapter of history nearer to its end.  Schools are now required to provide services, and teachers have learned more about how to accommodate children’s individual needs.  Federal and state laws prohibit disability discrimination, both in education and in the workplace.  Self-advocates, parents, and professionals are working together to improve community supports and services.  Autism is no longer thought of as a horrible shameful word, never to be mentioned above a whisper.  And yet, we are not where we need to be.

Had I been born 40 years later, it’s likely that my parents would have been advised to get me ready for school by way of social stories telling me what to expect and behavioral exercises showing me what to do.  No doubt I would have been more obedient as a result.  I wonder, though, how much of my confidence and happiness today came from those early years when I imagined myself joyously dancing barefoot in the wildflowers like Heidi and flying through the night sky sprinkled with fairy dust like Peter Pan.  I wonder how much smaller and more constrained my world might feel now if the stories of my childhood had been about conforming to other people’s expectations.

Having raised a son and a daughter, both of whom are now in college, I know that a large part of a parent’s job consists of setting boundaries.  Children need to learn how to live in society; they can’t be left to run wild.  They must be taught that there are rules about behavior in the classroom and elsewhere.  But it’s also part of our job to encourage them to explore their world and pursue their interests, within reasonable limits of course, so that they can learn how to set their own priorities and to make decisions wisely.  They must be given enough freedom to develop the self-confidence and optimism they will need to navigate today’s complex society.  First and foremost, they need a solid foundation of acceptance.

Acceptance begins with the stories, the dreams, from which both our personal and our collective social worlds are made.  When our cultural beliefs include assumptions about what certain kinds of people can and can’t do, barriers arise from such beliefs just as surely as if actual concrete walls blocked our progress.  These barriers go beyond basic civil rights issues such as being denied access to schools and employment.  They also exist in our minds, in how we are taught to think of ourselves and what we can do.  For something to be accomplished, it must first be imagined.  If a child grows up hearing others speak of him in terms of tragedy, burden, and deficit, he will likely internalize these views, and all of his dreams for his future will disappear.

As we work to create more opportunities in society for ourselves and our children, we are storytellers above all else.  When we focus on developing inclusive education programs, ending employment discrimination, making community services more widely available, and many other worthwhile causes, we are crafting social narratives centered on acceptance and inclusion.  Such stories form a backdrop for the scenes of a strong, confident, successful life.