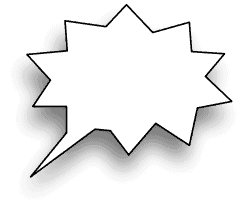 Trigger Warning: R-slur as an insult, discussion of such (censored except in quotations and in a screen shot.)

This is how we begin, sort of:

This isn’t an isolated incident. Ms. Coulter has a history of using r—– as an insult in tweets, and she is not alone in doing this sort of thing. Cracked.com has an article called “Top 10 Most R—– People of All Time,” for example, or we have Rush Limbaugh, who we can always count on to say something offensive, commenting about the firestorm around the chief of staff calling someone r—– that “calling a bunch of people who are r—–s, r—–s” isn’t a giant insult, using r—– as an insult yet again in defense of the word.

Or we can look at our current President, who said he bowled “like it was the Special Olympics or something” back in 2009. He has long since apologized, but the fact remains that a comparison to people with developmental disabilities is seen as an acceptable insult by many, including Ms. Coulter, who said “The only people who will be offended are too retarded to understand it,” in response to criticism of her recent tweet.

Of course, that isn’t true. As John Stevens, a man with Down Syndrome, notes, using r—– as an insult assumes that “people would understand and accept that being linked to someone like me is an insult.” People, then, are expected to understand that having an developmental disability is inherently bad. That’s what using r—– as an insult says, and that’s the real problem, I think. It’s not that comparing or linking a person without an developmental disability and a person with one is bad, it’s that the societal assumptions which make this an insult (the ones that say people with these disabilities are inherently less) that are bad and make using these comparisons as insults both possible and horrible.

And as a society, we do hold this group to be inherently less.

People with developmental disabilities are treated as less than. Guardianships, where a person is considered perpetually a minor, exist, and many states allow for people in guardianships to be prevented from voting, be it by judicial order or by decision of the guardian. Having been ruled mentally incompetent (often for reasons like developmental disabilities, including autism, though mental illnesses are also used as ways to take away control of  a person’s property or life decisions) is an automatic disqualification from voting in some states, while in others inability to vote is a separate decision. All in all, thirty of fifty states plus Washington, DC have regulations that allow a person to be disenfranchised on the basis of “mental incompetency,” which includes for developmental disabilities.

When we call people r—–s as an insult, we are reinforcing the concept that people who have developmental disabilities are inherently less, that being compared to them is insulting, that they deserve to be treated with the sort of ridicule we are attempting to treat our insultee with. None of these concepts are OK, and that’s why calling someone a r—– isn’t OK.