Awareness Is Not Enough 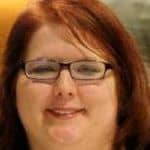 I knew autism awareness before I knew I was Autistic.  I didn’t know what autism was, but I heard the word all the time on TV.  I saw commercials listing facts about how many people were diagnosed each year.  I dumped my change into buckets for charities that raised money for autism awareness, and somehow I managed to remain completely clueless about it until the day I found out I had been Autistic all along.

When I first found out I was Autistic, I was scared and alone.  The resources available on the Internet weren’t meant for people like me.  There were resources for the non-Autistic parents, doctors, and teachers of Autistic children (scarcely a mention that Autistic adults existed), but there were few resources for Autistic people themselves.  I found one or two resources meant to help Autistic people survive in a neurotypical world, but the articles were written by neurotypicals and gave useless or insulting advice.

The people who were supposed to help people like me were unwilling to create a safe place for me to learn about my own neurology. We were spoken about and not included in the conversation, written about but not asked to write, and when non-Autistics speaking on our behalf urged the public to consider our needs, they failed to consider our needs.  Our opinions do not seem to matter to them.  They assume and never ask what they could do to help us, and because of that organizations run by non-Autistics are often incapable of helping us at all.

Awareness has failed to lead to greater understanding of Autistic people’s needs in this society.  Awareness has sometimes led autism to be misunderstood, shrouded in myths and stereotypes that hurt the Autistic community.  Awareness doesn’t keep us from being abused, or get us jobs, or help us to live independently, especially when it ignores our more urgent needs in favor of a far-away cure.  Awareness is simply not enough.  Nearly every person in this country has seen public service announcements on autism, but many Autistic people are struggling to be given even basic rights that non-Autistic people take for granted: a right to an education, employment, shelter, and even being treated like a human.  Autism awareness isn’t good enough.  It’s time for autism acceptance.

To be able to address our needs, we need society to accept that we exist and that we deserve to be treated fairly.  Public service announcements should include Autistic voices.  Autistic people need to become more than just pawns or tokens in the advocacy community.  People should realize that when a group of people make decisions that affect Autistic people’s lives and all or most of the deciding group is not Autistic, there is something very wrong happening.  I should not have to explain to people why our voices and opinions matter and why we deserve representation.

If the majority of autism organizations celebrated Autism Acceptance Month instead of Autism Awareness Month, I would not have been so scared the day I received the news.

I would have known that I could still go to college and accomplish things because the Autistic people who were included in the public service announcements would have said so.  But the public service announcements I saw displayed images of silent Autistic children while neurotypicals lamented the sad fate of Autistic people—no, children—who would never be successful and would never even speak for themselves.  That was why others had to give them a voice.

I would have felt comfortable in my new diagnosis, realizing quickly how much it explained about me, and I would have felt a sense of community with the Autistic adults I’d seen advocating for themselves in the news.  My therapist would have told me that autism was a part of who I am and that I should embrace it.   But it took me years to find the Autistic community, and I was frightened and in denial about my diagnosis because I had only seen negative portrayals of autism in the media.

I would have been given information from my therapist on where to find support groups locally and online where I could speak to other Autistic people and read about autism in a safe place where no one would push cure ideology on me and trolls who called us names were banned immediately.  But I was not given these kind of resources, and I was left to sort through resources for parents that described people like me as if they were empty shells that brought no good into the world and were merely a financial drain.  And I had to try to adapt those resources to be useful to me.  It took me three years to find other Autistic people online and to start reading self-advocate blogs, and I wish I had been able to find that in the beginning.

I would have felt like all the people in the autism community were working towards a common goal that made the world a better place for Autistic people to live in.  But I became bitter that the world most of the autism community was fighting for was one where I did not exist, and some non-Autistic parents resented my friends’ efforts to work towards a better future for us.

I was taught to pity myself, to detest my Autistic traits, and to be sorry that I was putting the world through such a horrible ordeal just for existing.  That’s what I had before I accepted myself.  Awareness had taught me that I was broken and needed to be fixed, that I was something to be mourned.  When I found acceptance, it taught me that my brain was beautiful and that I mattered.

In the mainstream autism community, the domain that is ruled by non-Autistic adults, autism acceptance is controversial.  That autism is bad is taken as a given, so much so that hearing someone thinks otherwise can enrage people.  But acceptance is about respect, loving people for who they are, and apologizing when something you’ve done or said inadvertently hurts people.  Until awareness is mainstream, the mainstream autism community is not a safe place for Autistic people to be.  If we do not feel safe in that community, no matter how good their intentions are, the members of that community are not truly helping us.  A society that sees Autistic people as burdens is not a society that can truly appreciate the needs of the Autistic community, because that characterization robs us of our humanity and leads to our voices being ignored.

Despite all the problems that still exist, I believe we are getting closer to a future where autism acceptance is more widespread.  The Thinking Person’s Guide to Autism Dialogues and the efforts of non-Autistic parents of Autistic children I have met who embrace neurodiversity have given me hope.  But I’d like to see that future sooner rather than later.  I believe that the best thing Autistic advocates can do is to refuse to give up, insist on making our voices heard, reaching out to other Autistic people, and band together with other likeminded advocates to make a bigger impact.  Ours is not the story of broken people desperate for a cure, it’s the story of a civil rights struggle.  And change starts in the language we use.  We will make Autism Awareness Month become Autism Acceptance Month because a change needs to happen, and that change starts with us.