The Judge Rotenberg Center on Trial, Part One 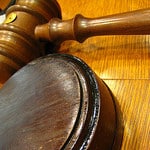 Almost ten years after Andre McCollins was restrained facedown for seven hours and shocked 31 times over that interval while attending the Judge Rotenberg Educational Center (JRC) in Canton, Massachusetts, the lawsuit against the program and some of its most important staff for these abuses, McCollins guardian v. Von Heyn et al, has finally gone to trial this week.  The trial, which began on Monday with jury impanelment, is taking place at the Norfolk County Superior Court in Dedham, Massachusetts, and is expected to last through next week.

The suit is a negligence lawsuit, specifically a claim for medical malpractice, which would require that the McCollins family prove that the JRC did not meet the standard of care expected within the medical community, and that its failure to do so was what caused Andre harm.  Cheryl McCollins, Andre’s mother and guardian, has filed the case on her son’s behalf, as Andre himself has been permanently institutionalized in a state hospital since 2006.  She has named as defendant not only the JRC itself, but also Dr. James Riley, the doctor who had been directly responsible for Andre’s care at the facility; Dr. Robert Van Heyn, who was at the time the JRC’s Clinical Director and now runs the program; and JRC founder Dr. Matthew Israel, who at the time of the incident was the JRC’s Program Director.  Presiding over the case is the Honorable Barbara Dortch-Okara, Justice of the Superior Court.

In what was perhaps a surprising turn of events, given the JRC’s reputation for being highly successful in litigation and the fact that video footage of the incident were suppressed by court order 8 years before, Judge Dortch-Okara allowed the tapes not only to come into evidence, but to be recorded by news cameras (WARNING: Graphic and Audible Abuse; Flashing) to be shown on television to the public.  This was made over objections by counsel for JRC and the other defendants, who insisted that viewers would not be able to judge the appropriateness of the shocks and restraints without having more context by which to understand their use.  According to the Fox News camera crew at the courthouse, the footage was used as part of the plaintiff’s opening statement on the first day of the trial, and the news report had actually shown all or nearly all of what the jury saw that day.

Also on the first day of trial, Cheryl McCollins testified about her son’s ordeal and how she came to find out about what had happened to him on 25 October 2002.  According to her testimony. She did not expect nor want that her child be abused and traumatized in the way that he was that day.  She is expected to return to the stand at the end of the plaintiff’s case on Friday.

The second day of the trial proper consisted largely, if not entirely, of testimony from the plaintiffs’ expert witness, a psychiatrist named Marc Whaley.[1]  Counsel for the McCollins family, Benjamin Novotny of the law firm Lubin & Meyer, walked Dr. Whaley through the days leading up to the incident at issue, what happened the day of, and what followed from it.  Dr. Whaley testified, based on JRC records, that, in the months leading up to the incident, Andre had been doing better, and in the past six months he had received a total of thirty shocks.  However, following a visit home and then a change in classroom location the following week, Andre’s mental state sharply deteriorated.  Dr. Whaley stated that, in his expert opinion, on the day that he was restrained and repeatedly shocked, Andre was in a state of psychosis – which he characterized as one of severe fear and distress – in which he could not learn or adjust his behaviors to meet JRC staff’s expectations.

During the testimony, counsel showed footage from the incident to Dr. Whaley, who had seen it before, and the jury, who had, for the most part, not.  The jury witnessed approximately ten of the 31 shocks that Andre received that day, which were accompanied by him screaming in pain, yelling “no” repeatedly, and, at one point, saying the word “sorry” over and over again, all to no avail.  All but one of these shocks, it was revealed, was for tensing up or screaming, in anticipation of or response to shocks or restraints, while the other shock he received was for failure to remove his coat.  A number of the shocks that Andre received were delivered through three electrodes – two on his legs and one on his torso.  However, at a certain point, JRC staff placed two extra electrodes on Andre, one on each arm.  Dr. Whaley’s testimony established that these two additional electrodes were used in violation of Andre’s mother’s consent to his being subject to contingent electric shock, in that she had specifically requested that he not have any electrodes on his arms only shortly before the incident.  When asked whether the shocks Andre received could be justified based on a theory that his tensing up could be a precursor to aggressive behavior, the doctor answered that, given that Andre was already restrained, they were unnecessary and unjustified… or, as he put it in a remark which was stricken from the record, like something out of the 1800’s.

Dr. Whaley went on to discuss the consequences that Andre’s ordeal had resulted in.  Namely, Andre entered into a catatonic state – being literally scared stiff, as the witness described it – that lasted for three days, during which he continued to be restrained, though by means other than a four-point board.  During this time, the JRC did not seek outside medical attention for him, nor did it call his mother to ask her if she would like to have him taken to the emergency room.  In Dr. Whaley’s opinion, this constituted a gross violation of the standard of care.  JRC was lucky, according to him, that Andre didn’t die in their care given their actions – a statement that defense counsel objected to, and that the judge ordered the jury to disregard.  With regards to how Andre is now, Dr. Whaley testified that he has since been institutionalized and heavily medicated at subsequent facilities, and has no prospects for independent living anywhere in the near future.  The doctor attributed this serious and more or less permanent psychological deterioration to Andre’s traumatic experience at the JRC in 2002.

In the small amount of cross-examination that the court’s schedule was able to include that day, counsel for defendant Dr. Riley, Edward Hinchey, attempted to undermine Dr. Whaley’s credibility.  Defense counsel questioned Dr. Whaley on whether he had watched the entire, approximately seven hours’ worth of video footage of Andre being restrained, or merely pieces of it.  While admitting that he had not, in fact, watched the entire incident, Dr. Whaley was insistent upon the fact that he did not need to in order to know that Andre had not been afforded water, bathroom breaks or meaningful human interaction.  Hinchey also attempted to call into question the psychiatrist’s qualifications to comment on whether JRC and its staff had met the standard of care, given that he is not a behavioral psychologist and had not worked in residential settings with a focus on behavioral modification.  Dr. Whaley refuted this, stating that he had worked in several residential facilities, including one with a focus on youth behavioral modification, and that he made use of behaviorist teachings in his own practice regularly.

Finally, the attorney tried to disprove Dr. Whaley’s assertion that Andre was psychotic and thus unable to “learn” from the aversives he was being subjected to by pointing out in the video a part in which the staff was testing out two extra electrodes before placing them onto his arms.  Upon hearing the sound of the Graduated Electronic Decelerator go off, Andre reacting with fear, and then made a remark to the staff demanding that they not give him false alarms.  According to Hinchey, this indicates that Andre had enough grasp of the situation and of cause and effect that he could have realized the link between his behavior and the electric shocks.  Dr. Whaley denied this, however, maintaining that Andre was in enough of a psychotic state to not be able to learn or benefit from being repeatedly shocked as he was.

Cross examination of Dr. Whaley continued on Thursday, 12 April and into Friday, and will be addressed in separate posts.

[1] In addition to missing the jury impanelment and the first day of trial, I was unable to attend approximately the first hour and a half of the day’s proceedings, and came in towards what seemed like the beginning of Dr. Whaley’s testimony.
PrevIt’s Autism Sunday (Pity Party at Church)
ASAN Statement Applauding New Administration on Community LivingNext