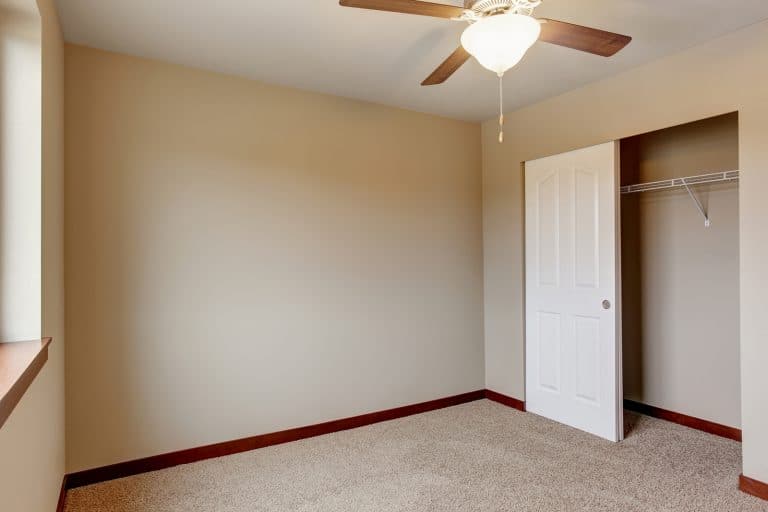 One of the most accurate metaphors I’ve used to describe my life is this: I’ve occupied several closets simultaneously. To become my most authentic self, I had to emerge from each one and reckon with the conditions that convinced me that I needed to stay inside. In some cases, I wore those closets like a second skin. In others, I was barely aware that I was occupying them, having constructed inner schemas and strategies to successfully obfuscate some portions of my self-awareness. For those reasons, growing into my own identities and realities as a Black Autistic man has been a slow, complex process.

Like most people, I am an intersection of many different aspects of identity. I am neurodivergent because I’m Autistic, am a multiple personality system and have had minor brain injuries resulting from childhood abuse. (Because we’re a multiple system, I switch back and forth between singular and plural first-person pronouns in this essay.) I’m also disabled and chronically ill, thanks to type 2 diabetes and the aftereffects of a severe bout with Lyme disease when I was ten years old. I am also transgender, finally coming out at age 38 after two and a half decades of actively hiding this part of myself just to stay alive.

I am also multiracial. My father was Black, and my mother is White. On both sides of my family, there is some evidence of Native American ancestries (Lenape on Dad’s side, Cherokee on Mom’s), but I am bereft of the ability to document whether these are truly part of my lineage. Additionally, I was not raised with either of those cultures, so I tread carefully when I speak of these things. In terms of race, my primary reality and point of view are that of a Black person.

What does all of this mean for me? It means I’ve had to process a great deal in terms of my own identities, as well as understanding the people around me. While I’ve noticed neurodivergent traits in both of my parents, I’ve tried to imagine what life was like for my father the most. He was born in 1920, well before the word “autism” even existed, well before any nonsense about autism and vaccines existed, and well before the face of autism became that of a white cisgender boy in the minds of the public.

I’m not sure Dad would have ever connected the word “Autistic” with the neurological traits he may have noticed in himself, traits that he could have seen as being different from others, traits for which he might have been inadvertently penalized. My mother described an intelligent, curious, idiosyncratic, somewhat aloof man who hid his fear and paranoia beneath a layer of stoicism and a “tough guy” act. He’s been deceased for almost 25 years, and I last spoke to him when I was 11 years old. I’ve had to ask family members about their observations of him, and I only have those and the content of my own memories to conjecture about his personality.

I was 33 when I figured out that I was Autistic, and 34 when I received my “papers to prove it.” Trying to understand myself as an Autistic Black person, I began trying to reexamine my father. I saw shades of my coping strategies in Dad’s behavior: burying himself in his passions (which in his case, were history, carpentry, and auto mechanics), presenting a carefully crafted version of himself to outsiders, and trying to appear impressive and intimidating. There is much of his story that has not yet been told, but I remember tales of him being sent away to spend summers on a farm in Arkansas by a family that did not know what to do with him. He reveled in being able to eat as he wished, to lose himself in work and activities, to not be fussed over or made to feel as if he was incorrigible or in the way. I can almost hear some of my ancestors as they may have watched him. Maybe they said, “Something’s wrong with that child,” or “Buddy’s not like other boys.”

Those things sound haunting familiar. I heard the same growing up emanating from behind closed doors. “[She’s] not normal.” “Something’s wrong with [her].” Or, “Darlene, your [daughter’s] crazy.”

I must emphasize that being Black and Autistic doesn’t mean that one will grow up with an unsupportive family. I see Black Autistics with supportive families in my own community. To be clear, I grew up in a mixed family, and I spent ages 12 to 18 living with my aunt and uncle and their sons. My aunt, my mother, and their kin come from a White Appalachian background, with family members in Kentucky, Virginia, and Southern Ohio. The dysfunction in Mom’s side of the family existed well before I or my cousins were born, as evidenced by our alcoholic grandfather and other family members, and it trickled down to affect those in my generation and beyond.

Who I Was When This Journey First Started

When I first came to realize that I am Autistic, I was also trying to pass as a cisgender woman, convinced that my world would fall apart if I owned up to the truth. So, I saw myself as an Autistic Black woman, and I tried to understand how Autistic and Black connected with each other. You may have met the person I was back then: Nicole. She was also curious, intelligent, and idiosyncratic, but hiding her fear and paranoia as well. Like father, like…

Nicole said that she felt invisible, overlooked. She expressed dismay that people didn’t think Black femmes could be Autistic, or that femmes could be Autistic, period. She—we—felt angry for being forced to stumble around in the dark, for trying to contort our soul to meet the demands of a dysfunctional family that insisted we be as “normal” and invisible as possible. While she was “in front,” we tried to process by looking to examples. Our father. Paul Robeson. Other Black Autistics around us. We used to call ourself an Aspie. We got a lot of shit horribly wrong, but we hope that perhaps we got some things right.

Now I’m sitting here, nearly seven years after starting to embrace Autistic me. Since I’m a transgender man, I am trying to understand my identity, again, and my place in this world. I already deal with anxiety, thanks in part to complex PTSD. On top of that, I worry about being pulled over by police, about the ramifications of something as simple as wearing a hoodie outside. I strive to never have a meltdown in public, because for me, it could mean the difference between freedom and incarceration. Life and death.

Certainly, I had those same risks when I was presenting as a Black woman. However, coming out of my mental closets has increased my own awareness. Several events have sobered me in ways I couldn’t have imagined when my journey first began. These include the deaths of Renisha McBride, Travyon Martin, Freddie Gray, Michael Brown, Sandra Bland, Philandro Castille and several others. I also think of how Black Autistics have been criminalized: for example, the solitary confinement of Neli Latson and the wrongful arrest and imprisonment of Kayleb Moon-Robinson.

I look racially ambiguous and probably gender ambiguous to most people. I’ve been on testosterone for almost 6 months now. I have a face with soft features, and a voice that ranges from deep baritone when I’m calm to thin tenor when I’m excited. As a result, I usually get “Sir’d” on the phone and “Ma’am’d” in person. Usually, only Black people immediately recognize me as one of their own, and I’ve been mistaken for various types of Hispanic, Middle Eastern, Native American, Greek, and Italian. Because my partner is partially of South Asian ancestry, people have assumed I was South Asian as well. As I’m still trying to decondition myself from passing as allistic, most people assume I am until I display some sort of “telltale” behavior or I outright tell them I’m Autistic. So, I recognize that most people will not see me as Black, many will not see me as a man, and quite a few will not see me as Autistic. But that doesn’t make me any less a Black Autistic man. So yep, I do a lot of people a heckin’ bamboozle.

On a more serious note, I do have several goals while we’re in this suit of skin. Hopefully, I can assist in the efforts to put an end to discrimination, injustice, and poverty. With my work as an editor for Autonomous Press and Barking Sycamores, I’d like to help elevate voices that do not often receive space, attention, or primacy because they belong to disabled, racialized, neurodivergent, mad, transgender, queer, incarcerated, or otherwise marginalized people. With my writing, I hope to communicate my experiences as well as call attention to those of others. Nevertheless, there are some days in which I only have enough spoons to focus on one goal: survival. Borrowing from the ideas of Audre Lorde and others, I echo the sentiment that surviving as a marginalized person—refusing to conform or let this world kill you—is a radical act.

N.I. Nicholson is a Black Autistic transgender writer, editor, and activist. As an editor with Barking Sycamores and the Coordinating Editor of Autonomous Press’ NeuroQueer Books, he focuses on bringing transformative works by neurodivergent, queer, and disabled writers into print or digital media. In July 2016, he graduated with an MFA in Creative Writing from Ashland University. His poetry and essays have appeared in GTK Creative Journal, Alphanumeric, Assaracus, and qarrtsiluni. He lives in Central Ohio with his life partner and Sycamores co-editor. His first full book of poems, Time Travel in a Closet, will be released in 2017 from NeuroQueer Books.

PrevASAN Condemns White House Autism Proclamation
ACTION ALERT: Your Members of Congress are home – tell them what you think!Next