From One Ally to the Education Community: A New View of Students with Autism 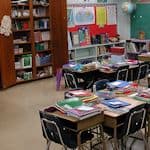 Note: A shorter version of this article originally appeared in the Winter/Spring 2011 “Rap Sheet” published by the Institute on Disability at the University of New Hampshire and is reprinted with permission.

“He’s a biter.” “She’s a runner.” “He is non-verbal.” “She’s off in her own world.” “There’s nothing really there, there.” “He is difficult to be friends with because all he talks about is train schedules.” These statements are often used to describe children and adults who have autism and they represent a belief that autism is a disease or a disorder that needs to be cured, and ultimately, eradicated; that people with autism are “abnormal” and the rest of us are “normal.” When people with autism are viewed this way, the difficulties or challenges they experience are placed within them and thus, they are required to change in order to be eligible to participate in the full range of inclusive school and community activities and environments. How often have you heard it said that “She could never be included in a general education class because of her sensory issues” Or “He can’t hold a real job because of his challenging behavior issues?”

What if we changed the fundamental way that we viewed students with autism and instead of viewing autism as the problem, we viewed it as a natural part of human diversity? What if, instead of trying to make people with students “normal,” we intentionally looked for their strengths and viewed their challenges as problems with their environment? What if we appreciated the unique talents of students with autism and recognized the contributions that they might make to our schools and communities?

How would the lives of children and adults with autism be different? How would schools need to change? How would the role of professionals in education be different? This article describes several shifts in our attitudes and views that have the potential to change the way that students with autism are treated, that will ultimately improve their lives and those of their families.

One traditional viewpoint is that students with autism are sick. They have a disease and need to be cured. This viewpoint is evident everywhere we look. Cure Autism Now was one of the first national organizations and websites devoted to encouraging research and interventions that would eliminate autism or at least, make people with autism look more “normal.” Celebrities who have children with autism appear frequently on talk shows or in public service announcements describing how their dreams died when they found out their children had autism. They extol the benefits of particular therapies because their children no longer look or act like they have autism. It is considered a triumph when a child with autism is described as indistinguishable from his classmates who don’t have autism because of the intense interventions they had as preschoolers. Legislation to guarantee hours of behavior therapy for young children with autism has been passed by several states and is looked upon as a victory for some in the autism community.

A new view – that would radically change education and the media’s depiction of autism – is that “autism is a natural part of the human experience” and “having autism should not diminish a person’s ability to live a full life in the community.” (This language is not only in the Americans with Disabilities Act but in the Combating [sic] Autism Act!)

Estee Klar, founder of The Autism Acceptance Project (http://taap.org) says “Words used to describe autistic people as ‘hiccups’ and a series of ‘fouled up genes’ perpetuate negative views about autism in our society. These views are not universal among autistic people or their families…[Many people believe] that autism is a ‘bad,’ or a ‘wrong’ way to be human. Therefore, we are basing the research into the genetics of autism upon a premise of prejudice. I would encourage a dialogue that includes autistic people, autistic voices, and knowledge of autistic pride and contribution to society, which has been rich and plentiful.”

Ari Ne’eman, founder of The Autism Self-Advocacy Network – ASAN – is one of several new voices of Autistic people who see inclusion in the mainstream of school and community life as a civil rights issue. “ASAN seeks to organize the community of Autistic adults and youth to have our voices heard in the national conversation about us. In addition, ASAN seeks to advance the idea of neurological diversity, putting forward the concept that the goal of autism advocacy should not be a world without Autistic people. Instead, it should be a world in which Autistic people enjoy the same access, rights and opportunities as all other citizens” (https://autisticadvocacy.org)

If this viewpoint was widely adopted, what might change? Parents would not have to argue for their children to be included in general education classes in their neighborhood schools. Curriculum and instruction would be designed “from the ground up” to accommodate the learning needs of all children, including those with autism. Adults with autism would be included in – indeed they would lead! –conversations about people with autism (in their own communities, in the State house, in research centers, in the U.S. Congress!), and decisions about their lives would not be made without their leadership and full participation.

If this viewpoint were widely adopted, the role of educators would need to change radically. Instead of being viewed as the experts on autism, educators would work collaboratively with students themselves, their families, and with adults with autism to figure out the supports that students need in order to learn best and in inclusive classrooms and schools.

Another traditional view is that most of the characteristics associated with autism are negative. Perseveration, sensory sensitivities, and difficulty understanding social cues and non-verbal behavior are described as some of the “problems” of autism and are often considered barriers to children fully participating in school.

What if we stopped thinking about every characteristic of autism as a weakness or deficit, and instead adopted a new view that every student has strengths and gifts and all behavior has meaning if we can understand the perspective of the students him or herself? What if perseveration were seen instead as intensive focus? What if sensory sensitivities were seen as possible indicators of artistic talents in music, poetry, art, design? What if challenging behavior was viewed as a warning sign that a student was not feeling well, did not have an adequate means to communicate, was anxious, did not feel welcome, and was lonely?

Paula Kluth, a researcher, trainer, and writer about inclusive education and children with autism says “I have worked with students interested in Korea, vacuum cleaners, screwdrivers, dogs, stop signs, churches, weathervanes, triangles, The Wizard of Oz, Scooby Doo, and basketball.  Any of these interests might be used as part of a classroom curriculum.  A student who loves trains might be asked to write a story about riding on a caboose, encouraged to research different railroads on the internet, or directed to do an independent research project on ground transportation in America” (http://paulakluth.com).

If we adopted the viewpoint that all students have strengths, that their fascinations offer a view into their world perspective, and that their challenges are signs that they need better supports, we would see that the first struggle of someone with autism is overcoming prejudice and misunderstanding. When a student with autism experiences a challenge, we would look first to how the environment (including our attitudes) might need to be changed and what supports the student needs, rather than how we can get the student to change.

These shifts in our attitudes about students with autism represent a radical change in the status quo. The new views described above fly in the face of what doctors learn in medical school, what some researchers are publishing, and what parents are told by some educators. How might we decide if these new views are right, if they have validity, and if they will help not hurt the children whom we know? I would recommend that we be guided by principle of making the “least dangerous assumption,” a concept first coined by researcher Anne Donnellan. As laid out by Donnellan in 1984, “The criterion of the least dangerous assumption says that in the absence of conclusive data, we should make decisions based on assumptions that will have the least dangerous consequences to our students, if we are wrong about those assumptions.” So how might we use the least this principle to figure out whether traditional views on autism have merit or whether new views ought to guide our thinking, our teaching practices, and our education policies? Let us consider what happens when we view autism as a disease to be eradicated. What are the consequences of sorting students with autism into “low functioning” and “high functioning” categories and segregating them in special schools, self-contained classrooms, sheltered work settings, and residential institutions? What if it turns out that we are wrong? Most people would recognize that in accepting these traditional assumptions we, in fact, have done great harm to students with autism. In contrast, what if we presumed the following: Autism is a natural part of the human experience. All children are competent. We should value and build upon students’ unique talents. All students with autism should be fully included in their schools. Now, what if someday we found out that we were wrong? Would we have caused any harm? I believe that the answer would be a resounding “No!” Far from causing harm, having high expectations, treating students with respect, honoring their unique talents, and including them, will have enriched not only their lives, but ours as well.

PrevAsperger’s Means That
The Judge Rotenberg Center on Trial, Part 7Next