What is an Ally? 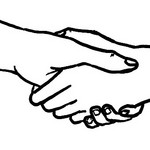 Hang around any civil rights type discussion for any length of time and you’ll hear talk of allies. Not allies like “the side the US fought for in World War II’” but allies the individual people.

So what is an ally?

An ally is a person with privilege on a particular axis who makes a conscious choice to work against oppression on that axis. In this instance it’s a non autistic person working with and for autistic rights, though the groups one can ally with are near endless.

Being an ally goes further than “not actively adding to the oppressive crap this group lives with every day.” It’s more “actively combating the oppression.” Not giving to Autism $peaks doesn’t make someone an ally. It’s more than that. Being an ally is active, and it is hard.

Some things nonautistic allies can do include: Signal boosting things Autistics say-people who don’t listen to us magically understand the same words when presented by someone they consider a real person. A real ally will correct the willful (and accidental) misconceptions and misinformation spread by other non-autistic people. We spend a great deal of time spoonfeeding 101-level information to hostile people who resent listening to us-these people take the same information (like why Autism $peaks is bad) much better from non-autistics. This leaves us more energy to work with people who actually care about our rights and our issues; the hostility and repetitive nature thereof get exhausting and disheartening very quickly indeed.

In short, what allies do is guide the conversation from a place where we are at best peripheral to a place where Autistic perspectives are central. Allies help us in our fight for a seat at the table so that once we get there we have the energy to make good use of it.

But here’s the thing: if you are trying to be an ally, you need to recognize that it’s not about you. If you are talking over Autistics or otherwise bringing the discussion back to center on ‘allies’, you are not a real ally. Real allies tell these people “don’t do that shit. This isn’t about you.”

If you are really an ally, you are not going to make it about your feelings. Declaring yourself an ally isn’t something you get to do. If you are really fighting with us and for us, it should be because it’s right, not because you want an “Ally!” sticker for your Good Person collection.

A conditional ally, by the way, is not an ally at all. Anyone who says they’d be for your cause if you weren’t so mean/if you personally educated them on every issue/if you were more appreciative is not an ally. Again, it’s not about the privileged group’s feelings here-it’s about equal rights and about our very existence. My exasperation with nearly everything does not reduce my personhood or the fact that I should have equal rights.

Let me expand on that a bit: if you’re only for my rights when I give you warm fuzzies, you aren’t at all for my rights. I’d rather know this in advance-before I put effort into you. Building strong allies from relatively clueless people who want to do the right thing is one hell of an energy investment. I do not have the time or the energy to squander on people who are ultimately faux allies.

Because of the energy investment, I unapologetically expect the world of allies-nothing less. I’m not going to lie, I am hard on people who want to be on my team. This isn’t a game-it’s about my rights and those of my friends to live as equals. This is beyond important for us & if someone wants to play ball on my team, they need to bring their A game. This isn’t Calvinball in the back yard-this game is for reals and the outcome will effect every moment of the rest of our lives.

So if finding and training allies is such a phenomenal pain in the ass, why work with them at all? Frankly, because we need them. No civil rights struggle was won, no major progress made, without some folks with power standing beside the oppressed and lending their voices. We are fighting an uphill battle against a strong power gradient. Allies can use their privilege to lend legitimacy and to somewhat relieve the power imbalance.

And allies can lead the way in us being treated as equal by showing everyone else how it is done. They should be treating us as though equality is already a thing and everyone else hasn’t caught up yet-allies are the people we don’t need to prove our humanity to. They can show the world how it can be better.