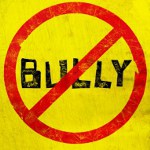 Over the course of the last several years, growing public attention to issues of bullying – driven in part by the tragic suicides of a number of students subject to bullying and harassment in schools – have helped to drive greater focus by policymakers, educators and the public to the topic of bullying prevention. Among the public education efforts to emerge from this growing awareness is Bully, a recent documentary portraying bullying in US schools through the eyes of two students who committed suicide after being subject to intense campaigns of bullying. One of those students is Tyler Long, an Autistic 17-year old from Murray County, Georgia, who took his own life in 2009.

The Autistic Self Advocacy Network (ASAN) is profoundly disturbed that the makers of Bully chose to exclude the fact of Tyler’s diagnosis on the autism spectrum entirely from the film. In a recent statement, the filmmakers of Bully responded to criticism on this point by stating, “The fact that Tyler was on the spectrum does not reduce the school system’s responsibility to provide a safe learning environment. As filmmakers we felt that was the bottom line. For this very reason, we chose not to introduce his autism in the film.”

We certainly agree that Tyler’s diagnosis does not reduce the obligation of his school district to provide a safe learning environment – in fact, recent legal decisions interpreting the Individuals with Disabilities Education Act’s guarantee of a Free and Appropriate Public Education in the Least Restrictive Environment suggest that it may necessitate a greater legal obligation to act against acts of bullying and harassment (T.K. v. New York City Dept. of Education 2011). However, we strongly dispute the filmmakers’ assertion that their most appropriate course of action was to exclude Tyler’s disability from the film. Far from detracting from the seriousness of the bullying Tyler faced, mentioning his disability diagnosis would have placed Tyler’s situation in the context of the larger scope of prejudice faced by students with disabilities in general and Autistic youth in particular. Research has consistently demonstrated that Autistic students, along with other groups of students with disabilities, face much higher rates of bullying than non-disabled peers. Failing to acknowledge Tyler’s disability constituted a missed opportunity to acknowledge the larger experience of prejudice and harassment faced by school-age Autistic youth.

Of even greater concern is the implication that acknowledging Tyler’s disability would have served to diminish or mitigate his experience with bullying or the seriousness of his suicide. Although Autistic children and adults face a higher risk of suicide than non-Autistic peers, this risk is born out of the experiences with bullying, harassment, social exclusion, discrimination and other forms of prejudice faced by our community. These challenges should not be viewed as an inevitable result of autism itself, but as the consequence of broad-based and pervasive social prejudices against Autistic styles of communication and other aspects of the autism spectrum. Youth with disabilities are frequently bullied either as a direct result of a diagnosis or as a result of disability-related traits which are stigmatized by peers. Just as recognizing the sexual orientation of GLBTQ youth who committed suicide as a result of bullying helps us understand the prejudices driving our national bullying problem, acknowledging a disability diagnosis should do the same. Almost twenty-two years after the passage of the Americans with Disabilities Act, the existence of disability as a persistently discriminated against class should no longer be in doubt.

We firmly reject the idea that Tyler Long’s autism diagnosis should have made him any less sympathetic or his school district or peers any less responsible for affording him the respect and dignity he deserved. As such, we express our deep concern and disappointment at the exclusion of Tyler’s autism from the film. We urge the filmmakers to apologize to the Autistic community for this omission and to work with us to ensure that Tyler’s diagnosis and the issues of bullying, harassment and social exclusion facing Autistic students are acknowledged and represented in the film’s accompanying marketing and public education activities.