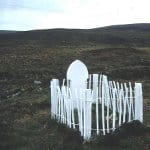 Let me present to you a sequence of events.

On March 6th, a 22-year-old autistic man named George Hodgins was murdered in Sunnyvale, California. His mother, Elizabeth, pulled out a gun, shot him point-blank, and then killed herself.

In the following days and weeks, journalists wrote about George Hodgins’ murder. In their articles they called him “low functioning and high maintenance,” and called Elizabeth Hodgins “a devoted and loving mother.” They sought out quotes from other parents of autistic children, who normalized the crime by saying things like “every mother I know who has a child with special needs has a moment just like that.”

On March 8th, Robert Latimer went on television to talk about how loving and compassionate it was when he gassed his disabled daughter Tracy. He called for “euthanasia” – the murder of disabled children by their parents – to be legalized in Canada. A woman who appeared with him agreed. She has two disabled children who she would like to kill, but she can’t because it is against the law. No opposing viewpoints were presented.

On March 17th, the Autism Society released a statement about “the tragic story of Elizabeth Hodgins,”  which “shows that high stress on parents is very common in the autism community.” The statement, signed by both Autism Society presidents, blamed her actions on a lack of services. They also noted that “the divorce rate among parents with a child with autism is as high as 70 percent due to the pressure,” (this is actually a myth that was debunked in 2010). They never even mentioned George’s name.

We need to start looking at these murders as copycat crimes, which are encouraged when murders of disabled people receive positive press coverage. Just as Katie McCarron’s murder followed “Autism Every Day,” Daniel Corby’s murder follows George Hodgins’ murder, and subsequent media coverage which excused, explained away, or even promoted the murder of disabled people by our parents.

When journalists call murderers “loving and devoted parents,” when television shows give Robert Latimer airtime, when parents normalize murder by saying that all special-needs parents have murderous thoughts, the result is an environment in which these murders are seen as acceptable. Media coverage like this sends a message that homicide is a normal, understandable response to any discomfort one might experience while parenting a disabled child, and we can’t pretend that other parents of disabled kids aren’t hearing that message.

Let me present to  you a sequence of events.

If you wrote an article about George Hodgins’ murder, or if you gave a quote for one, or if you covered it on television, or if you blogged about it, or if you commented on it,

if you said that no one should “judge” the murder as wrong,

if you said that Elizabeth Hodgins was “driven to murder” by George’s autism or by “lack of services,”

if you called the murder “understandable,”

if you said “it wasn’t a murder, it was a mercy killing,”

if you said “all parents of special-needs children have felt this way,”

please take a minute to wonder if Patricia Corby heard you.