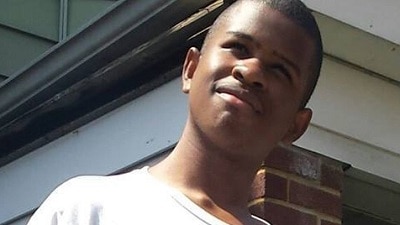 Last November, NYPD officers allegedly physically assaulted a black autistic teenager, throwing him face-down to the sidewalk outside his home, punching him in the face, and then taking him to the station-house to interrogate him before finally releasing him without charges.

According to his attorneys, Troy Canales was stopped when police saw him leaning against a car outside the house. Like many autistic people, he did not make eye contact. The officers’ apparent assumption that a black teenager who did not make eye contact was “suspicious” illustrates the ways in which intersecting racial and disability biases can result in discriminatory targeting of autistic people of color. One officer’s later claim that he “feared for his life” during the interaction – with the implication that black men are inherently threatening – echoes those made by Trayvon Martin’s killer in Sanford, Florida and Michael Brown’s killer in Ferguson, Missouri. Such claims ignore the effects that such incidents have on their victims – Troy Canales, for example, continues to suffer from trauma associated with the beating and is was for some time afraid to go outside his own house.

Troy’s story, as outlined in his lawsuit, mirrors similar incidents involving autistic people of color – especially black young men and boys – profiled as criminals firstly on account of race and secondly on account of disability. We call to mind the injustices perpetrated against Tario Anderson in South Carolina, Javonte “Jay” Gorham in North Carolina, and Reginald “Neli” Latson, Kayleb Moon-Robinson, and Brian Thompson in Virginia, in addition to many others. It is further sobering that these young people could have joined Stephon Edward Watts in Illinois and Steven Eugene Washington and Mohamed Usman Chaudhry in Los Angeles, all autistic men of color who did not survive their encounters with police.

The Autistic Self Advocacy Network supports Troy Canales and his family in their quest for justice through their civil rights lawsuit against the NYPD. We are deeply saddened and outraged by the rampant racism and ableism impacting autistic people of color in our society, as revealed through data on police encounters and stories such as Canales’. In light of numerous incidents of violence against people with disabilities by this particular police department, including the death of Eric Garner at the hands of an NYPD officer, it is long past time to urge systemic reform in policing. It is our hope that the outcome of this lawsuit will include meaningful reforms. As we have in the past, we renew our call to the U.S. Department of Justice to address systemic police brutality targeting people with disabilities as part of a continuing national conversation on police violence.

We believe in a future in which people with disabilities and people of color have the same access to safety and justice as white and non-disabled people. As we continue to work toward the public policy and societal changes necessary to build this future, we offer the collective strength of the autistic community in solidarity with Troy Canales, one of our own, as he demands equal rights and equal justice.

PrevJustice for All: Improving Employment Programs for Workers with Disabilities
ASAN is Beating The OddsNext