Justice for All: Improving Employment Programs for Workers with Disabilities

Commemorating the 25th anniversary of the Americans with Disabilities Act, a coalition of organizations including the Autistic Self Advocacy Network, TASH, the American Association of People with Disabilities, the Association of People Supporting Employment First, the Service Employees International Union (SEIU), and the Change to Win coalition call upon the Obama Administration and Congress to take the necessary steps toward modernizing federal employment programs for people with disabilities.

The disability community has fought to advance the four goals of the ADA since its passage in 1990: equality of opportunity, full participation, independent living and economic self-sufficiency.

SEIU and Change to Win also recognize that full inclusion and equal rights in the workforce remains long overdue for people with disabilities.

We applaud Secretary of Labor Tom Perez’s commitment to this goal by convening the Advisory Committee on Increasing Competitive Integrated Employment for Individuals with Disabilities. We strongly support key recommendations received by the committee that would support modernization of employment programs for workers with disabilities:

The current AbilityOne program wrongly incentivizes federal contracts that employ workers with disabilities at subminimum wages in segregated workplaces. It should be phased out and replaced with a program that supports people with disabilities working alongside those without disabilities in an integrated work environment or it should be modernized to align with those goals.

Finally, we applaud the Advisory Committee’s recommendation to have Federal financial participation in Medicaid incentivize competitive integrated employment. Such an approach has a long track record of success from the de-institutionalization movement and has assisted the transition from institutional and congregate residential service-provision settings through programs such as “Money Follows the Person.” Replicating this approach in the context of employment services would be a positive step.

The Transition to Independence Act (S. 1604), which was recently introduced in Congress, would also create and implement a ten-state demonstration project consistent with these goals. We urge Congress to act swiftly to pass this legislation.

The disability and labor communities stand united in support of workplace equality and the goals of the ADA, and we intend to work collaboratively to achieve them. We call on Congress and the Obama Administration to join us by enacting these recommendations. 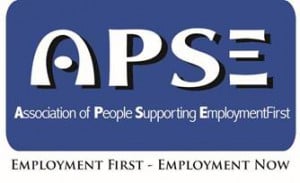